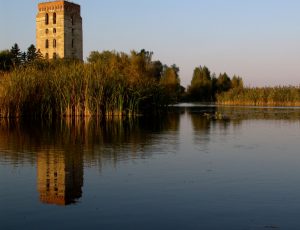 The village of Colishchintsy was its choise. He paid unexpectedly too high price for it much higher than a common village could cost. The thing is that Ostrozkiy bought not only the village but a former neglected town with its glorious history.

Today archeologists are sure that the village of Colishchintsy is the place of the ancient Bolokhiv’s town of Cobud which was situated where the Ikopot and Sluch rivers flew together. In 1561 Prince started to lay bricks of his castle and “plant the town” on the site of ancient settlement. The same year Ostrozkiy received Magdeburg Right credential for his unfinished town. In ten years prince’s settlement with a castle-fortress surrounded by a ditch and bank was completed. Town quarters with workshops of craftsmen, traders’ shops, public sales and fairs appeared near the castle.

Ostrozkiy’s castle with a fortification tower and attached monastery are the most important monuments of the past and they still exist.

The Ostrozkies chose a cape where two rivers flew together to build their castle. They dig out the ditch across the cape, filled it with water and built stone walls around the castle, erected towers, fences and gates.

Most of those buildings are maintained nowadays. They are Trinity Church, a palace with a tower attached to it, a curtain between southwestern gateway and the entrance, an entrance gateway, a bell tower with three arches and stone walls.

Formerly there was a lifting bridge above the ditch which led to the castle’s territory. There are still stone buildings with ruined walls which have loopholes and gun ports proving powerful strength of castle’s fortifications. 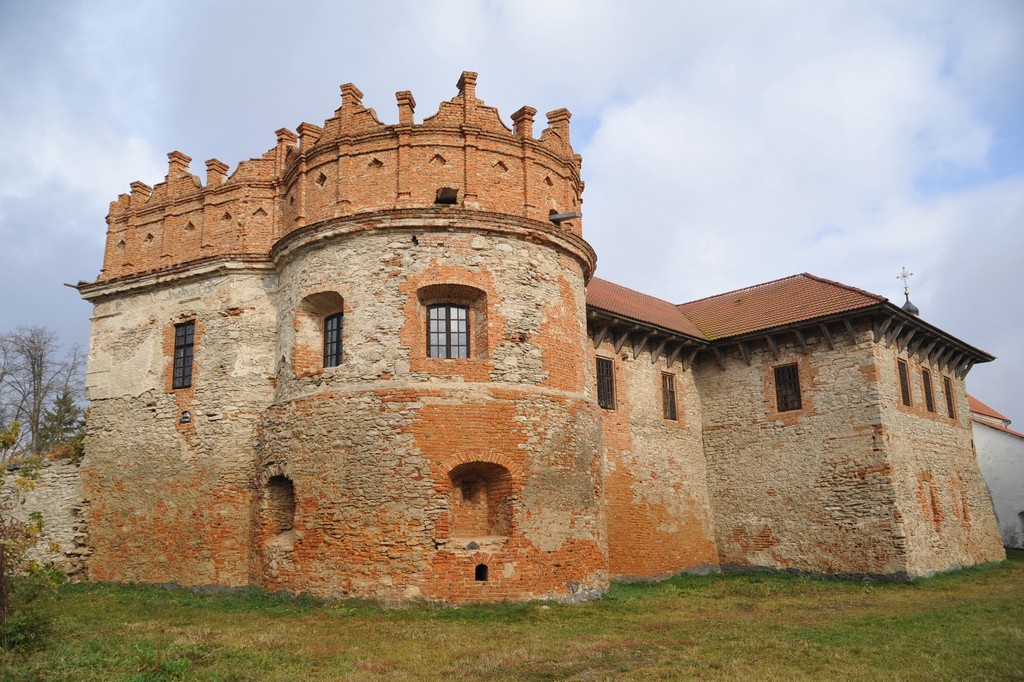 There is also a four-sided fortification tower with seven tiers which is much taller than other parts of the castle. It stands near the Sluch river.

It was also built by Kostyantin Ostrozkiy as well as a fortification tower, a bell tower and Exaltation of the Cross church to the north of the castle.

Some period later the church was rebuilt into catholic cathedral of Dominican’s abbey. In 1830s the abbey was dissolved and the cathedral stood empty for a long time. In 1853 it was repaired and sanctified as orthodox church of Exaltation of the Cross but during times of the Soviet Union the church and the tower turned into ruins.

Starokostyantiniv still has its medieval scheme of streets which goes radial from the center according to the routes of main roads. Here and there you can notice ancient stone walls built in the 19th century.

Tourists can find some more interesting things in the town. You should visit local historical museum or stroll along the river-front. There in the waters of the river you can watch the sight of fabulous metal sculptures of Neptune and Mermaid, incredible fish, water spiders created by a famous artist of Ukraine Mikola Mazur.