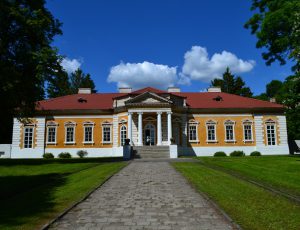 16 kilometres to the north from Starokostyantiniv on the way to Kiyv there is a picturesque village of Samchiky famous by its incredible mansion with a huge garden. Up to 1545 the village had the name of Zamchiky (derivative word from Ukrainian “zamok” which means “castle”).

In the early 18th century Ian Hoyetsky who owned these lands set up the mansion named Samchiky. Around 1790s Haisin’s village headman colonel Petro Chechil bought these lands and built up his residence here. In 1863 the mansion was confiscated after deprivation of polish revolt because Chechil was a participant of antigovernment riots.

Ivan Ugrimov was the next owner of the mansion who bought it on the auction. He was a nobleman whose family lived there over three centuries. The last owner was an expert of sugar refining Mikhailo Shestakov (from 1856 to 1926). He was also an editor of “Hospodarstvo” magazine and “News of agriculture and industry” newspaper. It is very strange that this farmstead of Samchiky escaped destruction after the revolution.

The mansion is situated almost in the center of the village behind the pond among the green trees of the park. Near the dam there is a mill built in 1904 which is not far from a wide village square. There are farmsteads on one side of the square and a stone church of Paraskeva Pyatnitsya built in 1772 which has ascetic decor, tall figured fronton and two-tiered bell-towers on the other side. The perimeter of the square has a stone fence and the entrance gate to the mansion.

Behind the gate on the left you can see a symmetrical complex of wings and a count’s gate in the center. All the visitors to the mansion usually went through it into the park and the palace. The mansion of Samchiky is called Ukrainian Versailles because of its palace and park connected together.

It was set up in 1785 in a mature classicism style which is distinguished by its strict symmetrically axial complex and rigidity and demureness of its architectural forms. It is thought to be one of the best creations of architects and horticulturists. 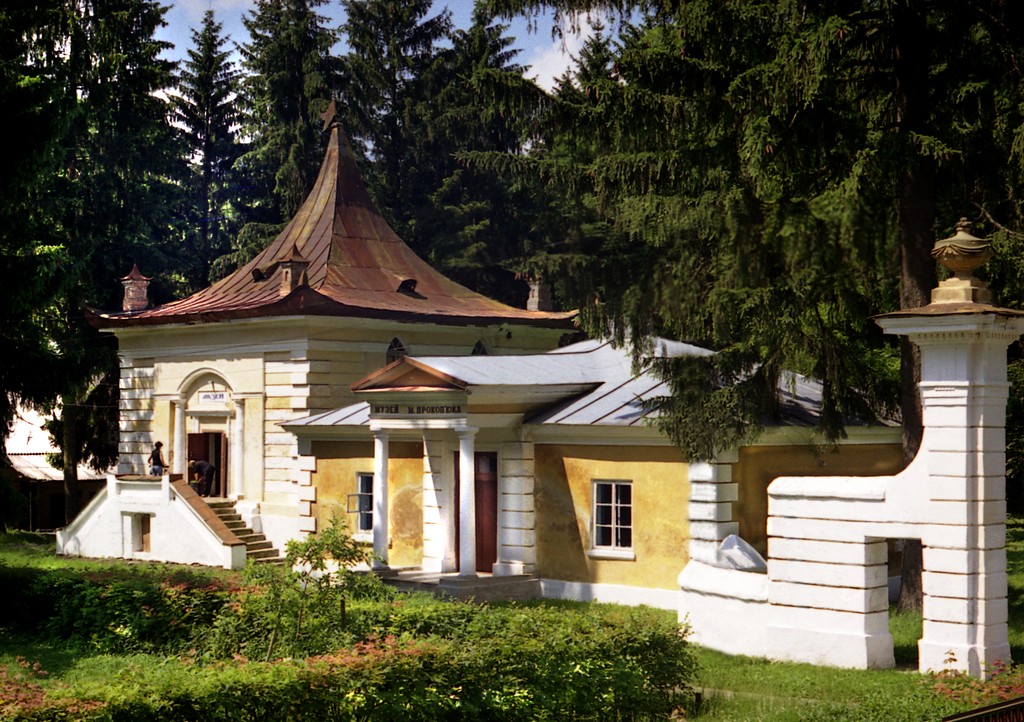 The palace is an ideal part of the landscape according to all the rules of park architecture. Petro Chechil, who was the first owner of the palace, imagined this idea and made it come true. It is interesting to know that the building itself has been preserved without any changes since the end of the 18th-early 19th centuries.

The palace has beautiful large rooms called Red dining-room, Green living-room, Rome and Ball-rooms. All of them are decorated with modeling, rosettes, parquet floor and relief compositions on mythological themes. Japanese study is the most attractive room in the palace.  There you can find walls and ceiling decorated with pictures in Japanese style which have ornaments, hieroglyphs and symbolic signs. It is important to say that the study of its kind is the only in Ukraine maintained in the initial form. Moreover, Mikhailo Vrubel was the artist who made unique fresco paintings there on the walls of the palace.

The park planned by famous landscape architect Denis McClair is united with the palace. An Irishman by birth he studied in London. In 1792 he moved to Volin and worked there. 45 parks in Podill and Volin were the result of his creative work. Samchiki’s park is one of his best parks which still exist.