One of the oldest towns of Khmelnitchina. Izyaslav 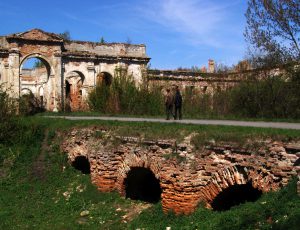 Izyaslav is one of the oldest towns of modern Khmelnitchina. An ancient Russian burial ground was excavated near this town in the river-bed of the Ostron as long ago as in the end of 19th century. Polished axes were found there by archeologists as well as other tools of Neolith. With regard to the foundation of the town itself the date of its birth and its emergence on the map of ancient Rus in 987 is thought to be connected with the name of Prince Volodimir and his wife Rognida. Some period later the town became a partial possession or their son Izyaslav.

In 1241 the town didn’t avoid Tatar’s invasion. It arose from ruins being a part of Halitsko-Volinsky Principality. Since 14th century Izyaslav became the possession of the Ostrozkies’ Princes. Their right to possess this town was confirmed by credentials of Polish King Vladislav and Lithuanian Prince Vitovt. In 1466 Princes of The Zaslavskies (one of the branches of the Ostrozkies’ family) founded the castle with fortifications banked around it. Ruins of this castle still exist.

In the second part of 15th century the owners of the town started to rebuild ancient fortifications. Prince’s mansion was built on the left bank of the Horin river and the wall made of wood and stones was put round it. Later the wall became totally stone. In length of time fortifications were strengthened by counterforts, the number of loopholes was increased and new tall towers were built.

In 16th century castle’s fortifications were rebuilt: semicircular walls were changed into stone dead walls with gun ports and corner towers which strengthened the defensive capacity of the town. In the next century Izyaslav became the important trade and administrative center of Southern Volin. Credentials of Polish King August gave the town Magdeburg Right.

The town has a lot of architectural monuments of the past centuries. The Old Town of Izyaslav  still has the building of treasury which is dated to 16th century. Though it has a lot of weeds around, it is clean inside with gratings on its windows.

In this part of the town you can also visit a church of the Nativity built in 1823. This religious building is kept in its primary form.

We cannot say the same words about Ivan Baptiser’s Cathedral. It was built in 1594 by architect Madlena. Prince Zaslavsky Ivan odered to raise it but Bogdan Khmelnytsky’s Cossacks ruined it entirely.

In the mid18th century Princes of the Sangushkies reestablish the cathedral. That very cathedral was the burial vault of the Zaslavskies. Not excluded that Anastasia Zaslavska-Golshanska,the founder of Holy National Ukrainian Dviretsko-Peresopnitske Gospels, was also buried on its territory. 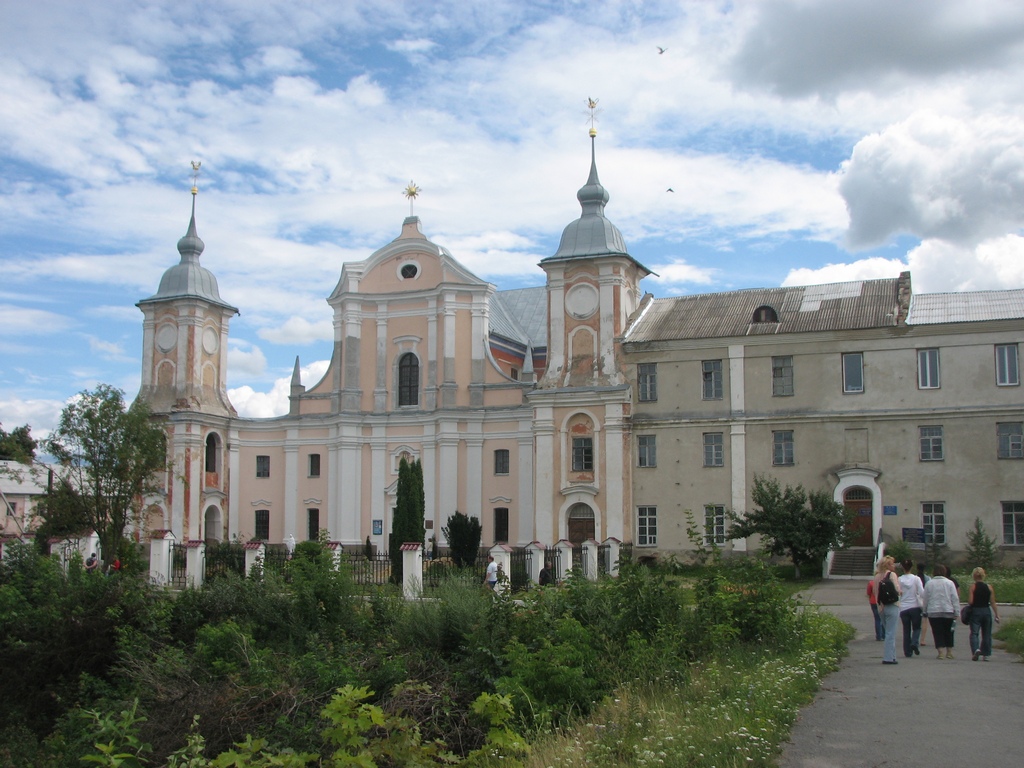 Former Bernardints’ abbey, which still stands high up on the right bank of the Horin river, is a dominating building of the town. Built in 17th century it was not only a religious place but also had its own fortification importance. In 1925 all defensive towers were taken apart and numerous underground passages were filled up. Since then the abbey became a prison. 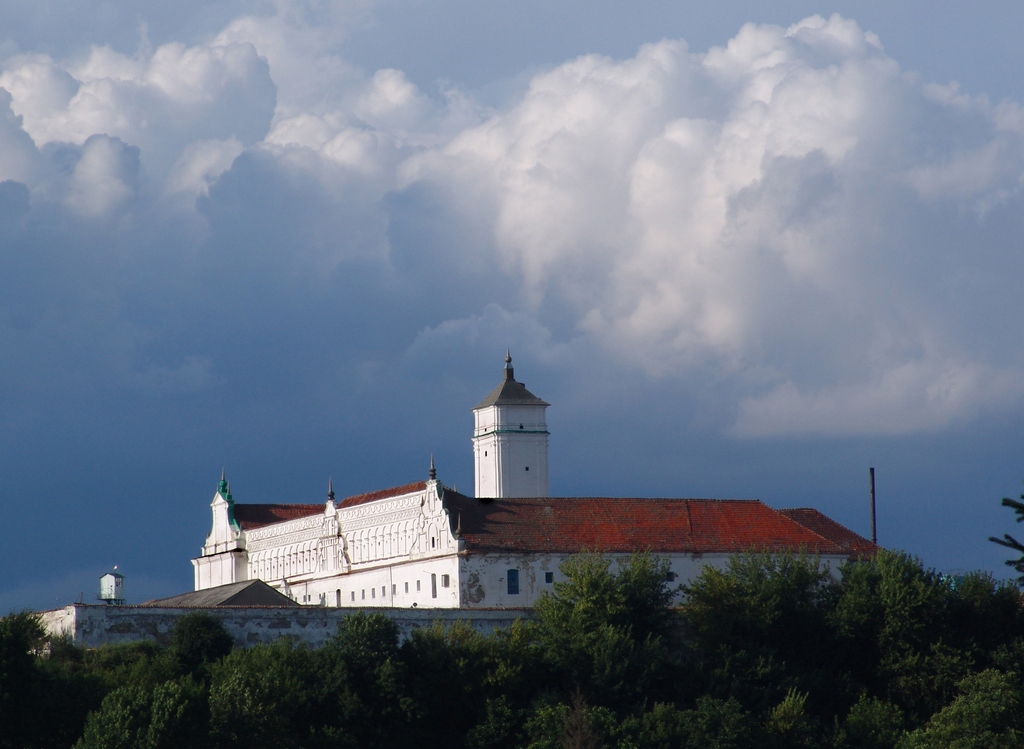 In the mid18th century the owners of Izyaslav built their two-storeyed palace on the ruins of the castle. The front of it was decorated with details and pillars of Corinf’s Order. The entrance to it was paved up the rapid slope with arcades which also had a lifting bridge. You can view the remains of  this architectural masterpiece while visiting Izyaslav.

In the past there was a unitary complex consisted of St.Iosyph’s Cathedral and a palace which were built in the mid18th century by well-known Italian architect Paolo Antony Fontana.