Five kilometers to the east from Medzhibizh you can notice the forest of Holovchintsy village. It occupies a huge territory. When you drive along the road which goes through it you can turn left to Holovchintsy convent.

There is a legend that in 16th century some monk-hermits stopped there near the Bug river bank , digged their earth-houses, built a small wooden church and started their monastic life with serving to God. First documents about Holovchintsy monastery date back to 1540. It was only the beginning and the history prepared a lot of adversities for the monastery. Firstly, it was in the times of Polish Union when Basilians owned the monastery. Later, in the end of 18th century the religious house suffered from fire. It was rebuilt very quickly and since 1795 local people were established in Orthodox Christianity completely. Next 19th century was a really gold century for the monastery. Churches were erected, utility sections were built, more and more lands were in the possession of the monastery…

In 1888 the monastery became a convent and the same year they built Holy Church of Transfiguration. Twenty years later the convent possessed three temples, utility sections, a creamery and a stable. There was even a brickyard. Ten nuns and ninety six lay sisters lived in the convent.

In 1923 soviets started to ruin the buildings of the convent. Nicholas the Wonderworker Church with its forty-meter-high bell tower was exploded and the buildings which they left were inhabited by orphans from local boarding school.

Only in 1996 part of the former Tranformation convent territory and some buildings were returned back to the church. Thus, the rebirth of the convent started… In 1999 a holy residence reopened as a convent again. 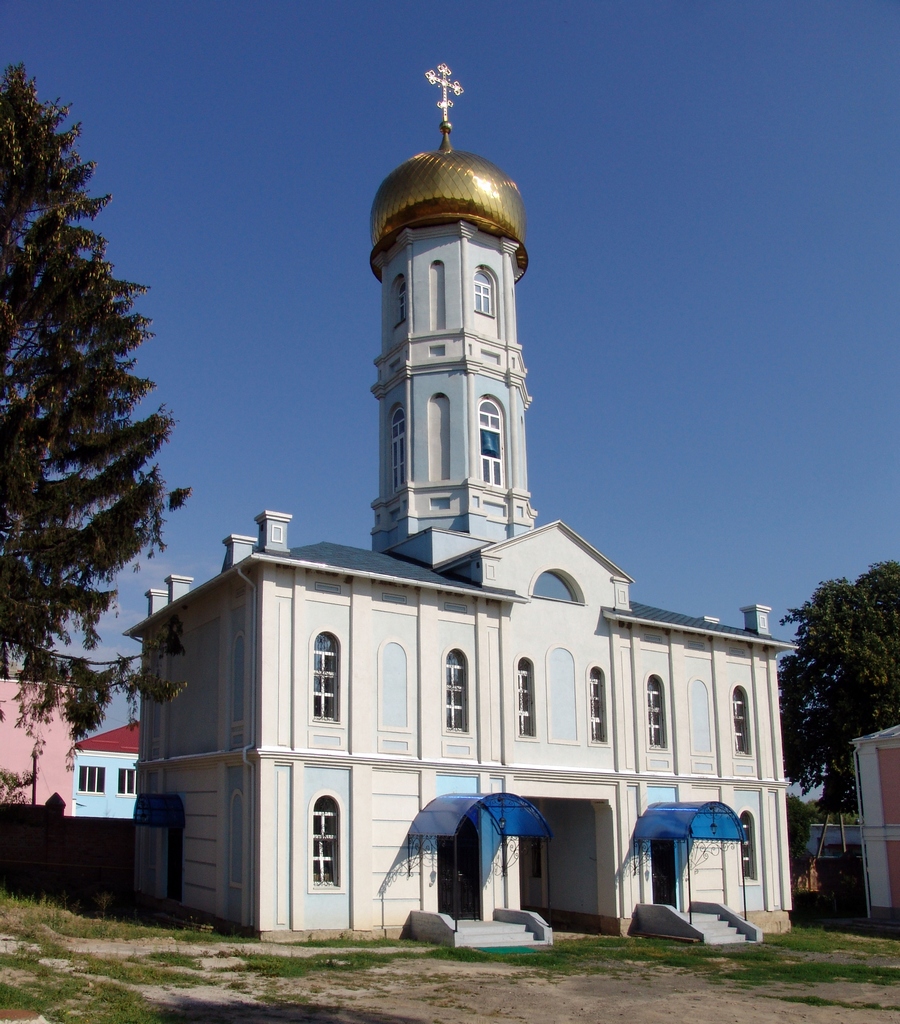 The main temple of the convent has a sanctity like the ancient and the most respected wonderworking icon of Reverend Onuphrius the Grand. There is also a wooden holy rood made in 1908 on Mount Athos which survived amazingly. Not far from the convent there is a spring of Holy Onuphrius. Due to the legend many years ago Holy Onuphrius appeared before a praying monk-hermit and prophesied that the spring would come from nowhere and give people God’s blessing. A lot of sick people come to this place in hope to cure their diseases. Every year, June,25, on Holy Onuphrius day hundreds of Christians come to the spring to take water from it, sprinkle themselves and pray God.

Primate of the Orthodox Church of Ukraine, Metropolitan Volodimir of Kiyv and all Ukraine liked visiting the convent and serving in the church. It is known that he was born in the village of Markivtsy in a few kilometers from Holovchintsy and was baptized in that church.